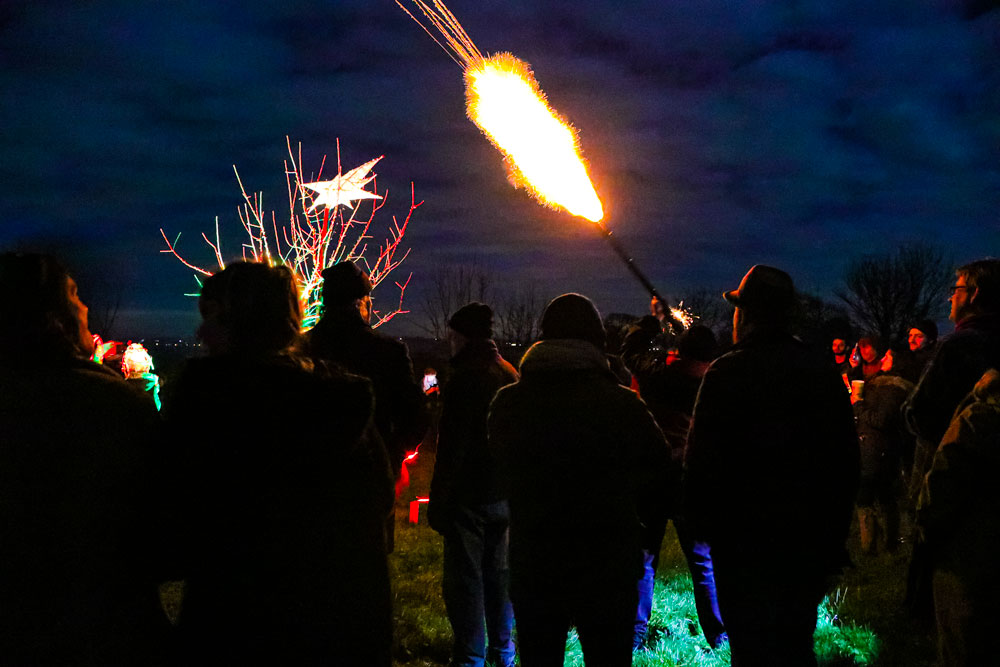 Wassailing is an age-old West Country tradition to awaken the apple trees and scare evil spirits away to bring on a plentiful harvest.

It's still widely popular in the cider-producing counties of the West Country, including Devon, Cornwall, Dorset, Somerset and Herefordshire.

There are two kinds of wassailing: One is similar to carol singing (and likely the Christmas tradition's origin) and the other is orchard wassailing.

It is called wassailing, as this is the customary toast made to fellow merrymakers and the apple trees.

The ceremony must be ancient, as "wassail" comes from an Anglo-Saxon dialect. The words "waes hael" mean "be well" or "good health" and are still used today. Traditionally, wassailers respond with "drink hael " meaning ... well "drink well."

Though differing across the West Country, the orchard wassail generally involves a wassail King and Queen leading cider-sloshed revellers through local orchards in a clamorous procession.

In each orchard, wassailers gather around the biggest or best tree, where they place cider-soaked toast in the branches as gifts to the tree spirits. There will be much revelry, cider-drinking, singing of songs and toasting to each other's health and that of the orchard.

After toasting the tree, the revellers make as much noise as possible, banging pots, pans or even firing guns through the branches of the trees. Not only does this wake up the trees for the year ahead, but it also scares away bad spirits.

When does the West Country go a Wassailing?

Traditionally, orchard wassailing takes place on the twelfth night, though there is some debate when this is! Some celebrate on the 5th of January, others insist it should be on "Old Twelvey" or the 17th of January. This was the 12th Night all the way up to the introduction of the Gregorian Calendar.

If you're a cider drinker and drink it all of the time, what better way to honour your favourite tipple than by holding your own wassail.

The Best West Country Ciders to Wassail your Apple Trees

Traditionally, mulled cider is drunk on a wassail night. However, we haven't been to a wassail where this isn't every kind of cider under the sun. There's no better way to awaken the orchard than revelling in its previous fruits. Here are some of our favourites for your own wassail.

Celebrate your own wassail with a unique west country cider.

Wilding Cider - Dabinett & Foxwhelp
A lovely aromatic and flavourful sweet cider made from two of the West Country's most popular cider apples.

Go for a traditional cider fermenting process with a sweet, sparkling flavour.

Heck's Cider - Keeved Dunkertons Late Sweet
Drink the last of Heck's Cider apples to mark the start of the next cider making year.

Keeved cider with late Summer plums, it's sharp and sweet all in one mouthful. Delicious. 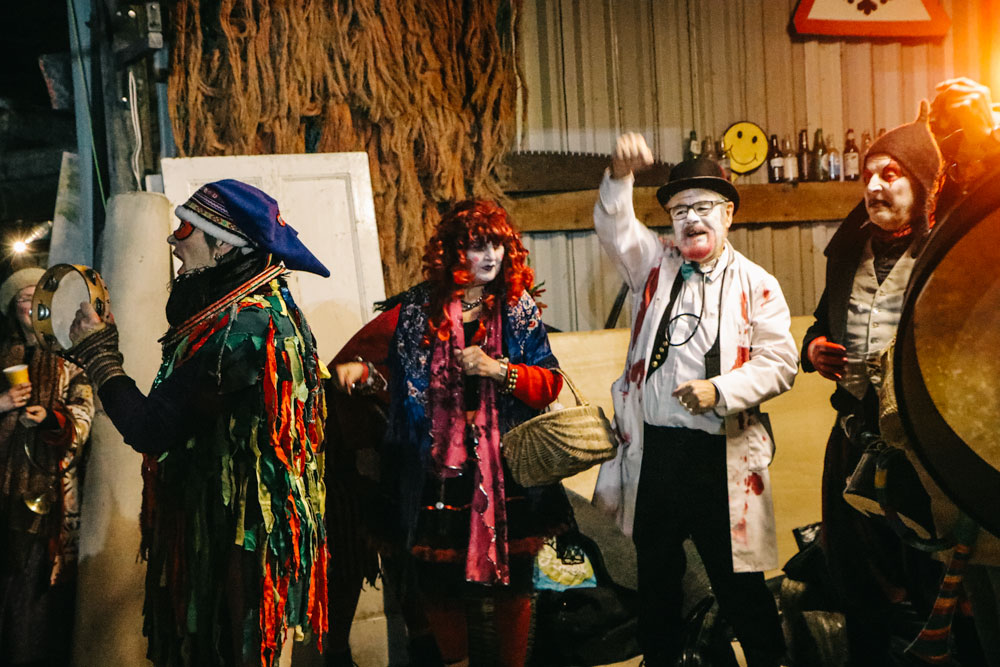 Sign up today and receive 15% off your first order, plus we'll keep you in the loop with our latest products, news and special offers.

We will email you your discount once you sign up.

Users of this site must be over the legal drinking age, which is 18 years old.

Sign up today and receive 15% off your first order, plus we'll keep you in the loop with our latest products, news and special offers.

We will email you your discount once you sign up.

*By completing this form you are signing up to receive our emails. You can unsubscribe at any time.